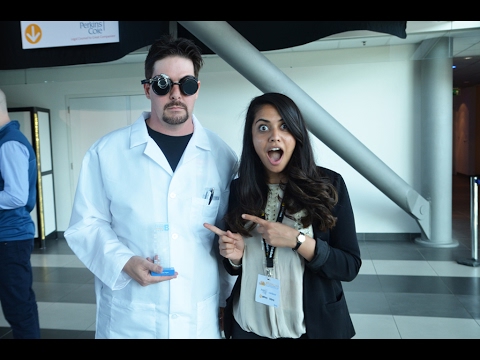 So what do you want to know?
I'm 47 years old and live and work in Amherst, Massachusetts with my wife, two kids and assorted pets.
I was born in Melbourne, Australia as "Gavin Bell" but moved to the US when I was five years old. I grew up in Seattle Washington, Anchorage Alaska and the Santa Ynez Valley, California.
After graduating from Princeton University (Computer Science), I worked at Silicon Graphics Computer Systems for eight years, creating 3D graphics software (Open Inventor and VRML).
My wife and I moved to Madison, Wisconsin after she got her PhD from Stanford. There I wrote a book and co-founded a startup that failed. We moved to Amherst in 1998, where I worked on an Internet Walkie-Talkie), online games for blind and sighted people, tools for Prosper lenders, a web site content management system for Gravity Switch, and part of the back-end for a search engine for computer science research literature.
Phew. That long list makes me feel old.
I first heard about Bitcoin in a May, 2010 InfoWorld article, and started working on Bitcoin-related projects soon after. I'm proud of my contributions:
You can read about what I've been working on recently at the Foundation blog.
I try not to let Bitcoin completely take over my life; I spend about eleven evenings a year as an elected member of Amherst Town Meeting. And I still have some time to ride my bicycle or unicycle, use my skeptical skills to debunk the crazy things friends post on Facebook, and read a little science fiction.
You can get an idea of topics I find interesting and how I think at my blog.
So: AMA!
 Thanks everybody for all the kind words! I'm going to stop now, but I'll check in tomorrow and if there are burning questions that get eleven or more points that I haven't already answered I'll try to jump in and answer them.

Gavin Andresen, Chief Scientist at the Bitcoin Foundation, will be doing an AMA tomorrow at 11:00 EDT (15:00 UTC)

AMA is LIVE!
You all know who Gavin is, but here's his bio from the Foundation's website:


Gavin is one of the original developers of the Bitcoin protocol and is a leading contributor to the Bitcoin SourceForge project. Since Satoshi Nakamoto’s disappearance Gavin has been an informal ambassador for the network. At the Bitcoin Foundation, Gavin heads a team of programmers who work to improve and standardize the existing code. Before joining the Bitcoin movement, Gavin was part of a wide variety of software-related ventures, including a company that made multiplayer online games for blind people and their sighted friends. Gavin started his career writing software at Silicon Graphics Computer Systems, a 3D graphics hardware company. He is creator of ClearCoin and BitcoinFaucet.


It's still not clear whether Gavin will be posting his AMA to /Bitcoin or /IAmA, so keep your eyes peeled.
Let's show our guest the respect he deserves and focus on having a productive discussion so that we all may benefit from his insight!

Gavin Andresen discusses the future of Bitcoin, the challenges of digital currency, and the role of the Bitcoin Foundation.

Old Money meets New Money - Ed Moy, the 38th Director of the US Mint and Gavin Andresen, the CTO of the Bitcoin Foundation

[Crosspost] Gavin Andresen, Chief Scientist at the Bitcoin Foundation, is giving an AMA in /r/Bitcoin.

Day 2 of The MIT ‪‎Bitcoin‬ Expo began with a "Welcome to the church of Satoshi" by Gavin Andresen, Chief Scientist of The Bitcoin Foundation on stage. Watch the live stream, follow the event and join the conversation on Twitter: ‪#‎mtc2015‬ @mitbitcoinclub @followthecoin